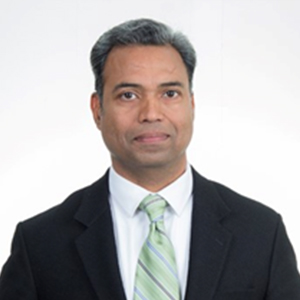 Dr. Nasir Jalal is an associate professor at the department of biomedical sciences of PAF-IAST, Haripur, Pakistan. While specializing in the field of radiation biology, genotoxicology and pre-clinical testing of several investigative new compounds, bearing special significance for breast cancer therapeutics; he continues to collaborate with scientists in interdisciplinary areas. He has filed two patents, published in peer-reviewed journals of international repute. He is a successful biotechnology entrepreneur, developing and commercializing benchtop kits for nucleic acid extractions. He earned his PhD in 2012, as a Fulbright scholar, in the field of cell and molecular biology from the Colorado State University, USA and worked on a radiation biology project (Cancer Gap 3) funded by NASA. To diversify his research experience in pharmaceutical sciences he was later awarded the coveted Charles D. Tenney post-doctoral fellowship in 2014, by the Tianjin University, China where he assessed the tumorigenic capacity of bisphenol-A. He was promoted as assistant professor at the same university in 2017. He later received the Marie Curie external fellowship from Bologna, Italy in 2018.

Dr. Jalal frequently delves into cross-disciplinary research to multiply the research efforts and subsequent outcomes for human welfare. Over the last six years he has actively worked with robotics experts, software and hardware engineers, synthetic chemists, medicinal chemists and Bioinformaticians.  He currently also serves as an adjunct professor at the Nanjing University of Information Science and Technology (NUIST), China and as head of the biotech, pharma, healthcare division of the Dutch boutique investment bank CDI Global, while simultaneously running his biotech company PsiMega2 in Pakistan.