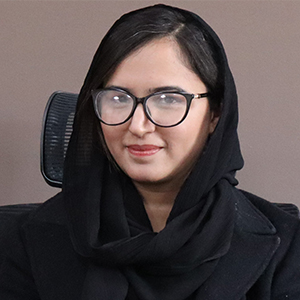 She has earned her PhD from Xi’an Jiao tong University, China (Global QS ranking: 303), on Chinese government scholarship. Dr. Saeed carried out extensive research in diverse areas of Clinical Pharmacy and Pharmacy Administration including, Access to essential medicines, Pharmaco-economics, Anti-microbial stewardship, Community and Hospital Pharmacy services, Pharmaceutical care.  She has published 19 research articles with a cumulative impact factor of 58.6, and authored two book chapters. She had also participated in several international conferences and trainings in UK, China, and Pakistan. She did her M.Phil. (Pharmacy Practice) from the university of Punjab, Lahore, where she was a top scorer in her class. She earned her PharmD degree from Lahore college for women university, Lahore, where she received “vice-chancellors’ Gold Medal. She had also received “role of honor” for academic excellence and for being the president of debating society. Besides this, she has a worked as a project leader of a social action project under British council and had won a “best national social action project award”. She has also participated in an international study visit to England (UK) in 2014, organized by British Council.  She remained member of Youth parliament Pakistan in 2014 and had been invited to multiple talk shows on national television as a youth representative.