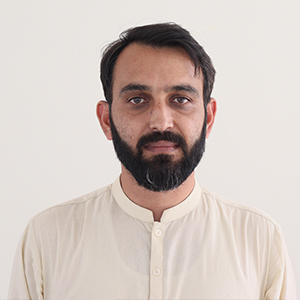 Dr. Saad Qayyum has more than ten years of teaching and research experience at undergraduate and graduate levels in accredited national and international universities. In March 2002, he secured a fully funded scholarship to pursue a BS in Computer Engineering at COMSATS University Islamabad (CUI), Abbottabad campus. He graduated with distinction and was awarded Institute Gold Medal and Campus Silver Medal for excellent academic performance. In March 2006, he joined the Department of Electrical Engineering, CUI as a lecturer and secured a fully-funded scholarship under COMSATS’ Faculty Development Programme to pursue his MSc in Microelectronics Systems Design at the School of Electronics & Computer Science, University of Southampton, UK. After completing the graduate studies, he remained with CUI from 2007 till 2013 before qualifying for another fully funded scholarship by Higher Education Commission (HEC), Pakistan, and the German Academic Exchange Service (DAAD). In 2013, he joined the chair of High-Frequency Electronics, RWTH Aachen University, Germany as a Research and Teaching Assistant to pursue his Ph.D. During his doctoral research, he authored/co-authored 13 research publications in peer-reviewed conferences and journals of international repute. His research was nominated twice for student-paper awards at international IEEE conferences held in the USA. He successfully defended his Ph.D. in March 2019, where he was awarded magna cum laude (honors distinction) for his thesis and research. He served CUI for another 9 months after completion of his PhD. Since February 2020, he is working as Assistant Professor at the Department of Electrical & Computer Engineering, Pak-Austria Fachhochschule: Institute of Applied Sciences and Technology, Haripur.